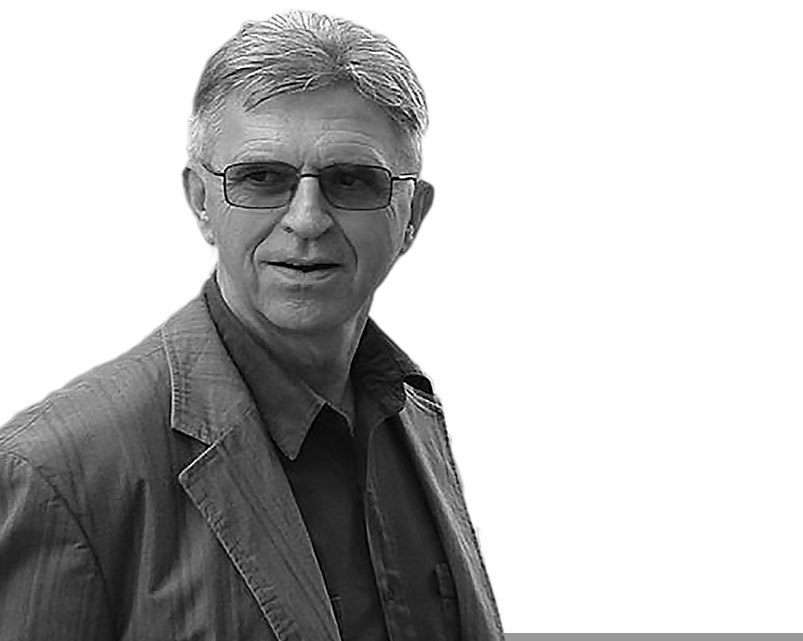 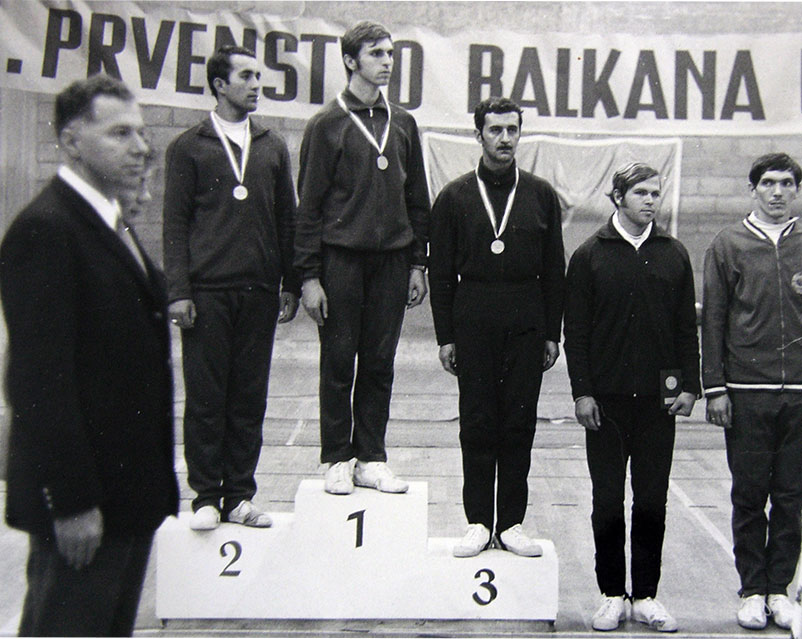 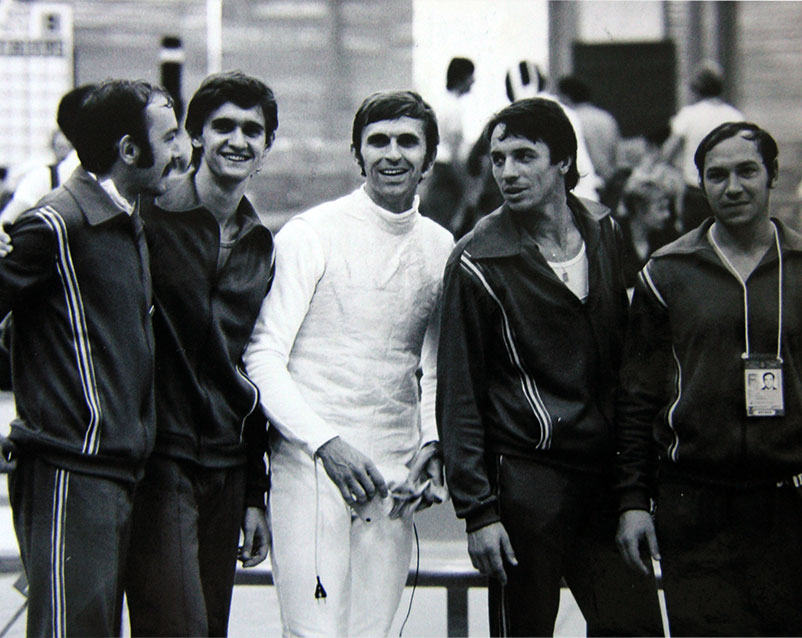 Dr. Pongrácz Antal, known as Matyi by many, was born on the 18th of March 1948, in Târgu Mureș (Marosvásárhely), as a child of a roman-catholic family of six. His father, Pongrácz Antal, was a locksmith in the local textile mill; his mother, Mikola Margit raised her children, later her grandchildren, teaching about love, honesty and appreciation of work. Even without university studies, she was a remarkably wise woman, who managed to pass on her inner peace to her children.

Dr. Pongrácz Antal was raised in this numerous, poor and honest family, where he realised in his youth, that he would like to do something great in his life. As there were no other opportunities during communism, he managed to demonstrate his will to win in sports, and his need for perfection in his profession, as well as his urge to act for friendship and for the community. As a dentist with „golden hands” and with great empathy, his patients turned to him with confidence not only from Târgu Mureș, but from all over Transylvania.

He began his studies in the Bolyai Farkas high school and finished them in the Unirea high school, where he graduated in 1966, pondering about his further studies in engineering. With the sudden loss of his father, the family could not afford to send him to a university that is out of town, so in the same year he successfully took an exam to the Dentistry Faculty of the Institute (today University) of Medicine and Pharmacology of Târgu Mureș.
He latched onto the sports life as a student, when he became a pupil of Kakuts András, the University Sports Club”s fencing trainer-professor, whom he respected and loved like a second father. Beyond the results, the sportsman education and the spirit surrounding Kakuts András, bonded the fellow fencers into life-long friends.

Dr. Pongrácz Antal managed to attain national and later international trophies, for 15 years as a member of the fencing team. He received gold medal at the Fencing World Cup (1967, Tehran), multiple first places in National and the Balkan Championships, and listing in the first 4 places on the Olympics of München, Montreal and Moscow in single as well as team competitions. He was awarded the Master in Sports title. After his departure, as a tribute to his achievements, the Sports Hall of University of Medicine and Pharmacology of Târgu Mureș was renamed „Dr. Pongrácz Antal Hall of Sports”, on the wall of which there is a memorial relief, thanks to the Dr. Pongrácz Antal Association.

In 1972, before graduating from the university, he successfully took the exam for internship in his home town, where he worked for two years in the Conservative Dentistry, Maxillo-facial Surgery, Pedodontics and Prosthodontics Clinics. Despite the communist laws of moving the freshly graduated doctors to far-away towns, he successfully took the exam to become a professor’s assistant at the Sports Physiology faculty of the Sports College in 1976, while doing his continuing internship on the Prosthodontics Clinic, thus managing to stay in Târgu Mureș.

In 1973 he married Dr. Pongrácz Mária, who supported him with conviction, to help him achieve his goals in sports, teaching, profession and helping the community. Their only child, Dr. Pongrácz István-Mátyás stepped in his Father’s professional footsteps, continuing the running of his private practice and working as a dentist himself.

In 1978 he gained the dental specialist title, from 1982 he worked as a Medical University employee and volunteer practical trainer. In 1988, after the last professor teaching prosthodontics in Hungarian language left Transylvania, he accepted a „temporary” teaching position, which lasted for 20 years, until his death.

In 1993 he became a chief doctor – in the same year he opened his private practice called Pomadent ltd, being among the first in Târgu Mureș. He always supported education, by buying specialist books and magazines, allowing access to these for the students, also giving them the opportunity to learn the practical catches of dentistry at his private practice.

Since 1996 he was member of the Erdélyi Múzeum Egyesület (transylvanian association for culture, education, organiser of training courses), from 1999 he became board member, from 2002 was chosen as the leader of the Dental Professional Group – after his departure the group took his name, as a sign of respect for his deeds. With his childhood friend, Dr. professor Kovács Dezső, he was a systematic supporter of the transylvanian Hungarian dentist community’s professional training, indirectly as organiser and directly as lecturer. On this field his work is continued by Dr. Mártha Krisztina, with the help of Dr. Kovács Dezső.

In 2003 his lecture notes called „Rögzített Fogpótlások” (Fixed Prosthodontics) have been published, which were the first prosthodontics notes in Hungarian language in Transylvania. After his passing, his son revised it and published it as a book with the help of Stúdium Publishing. His second book, about partial dentures was also in work, but unfortunately he was not able to finish it.

Since May of 2004 he became board member of Fellowship of Health, Hungary – Dental Department; in October 2004, with the formation of the Romanian Dental College, he was elected president of Mureș county. This testifies the acknowledgement he received from the dental community.
Dr. Pongrácz Antal passed away on the 18th of March 2008, on his 60th birthday, after suffering a heart attack during a basketball game he played with his students, which was favoured by his overworking and organising of a stressful congress at that time.

He always held on to his principles, fought for his family, for education, for his town, for sports, for students, for development of communities and friendships. He was an ambitious man, but not a pusher. To try and carry on his principles, his wife, friends and people who respected him formed the Dr. Pongrácz Antal Association.

We use cookies on our website to give you the most relevant experience by remembering your preferences and repeat visits. By clicking “Accept”, you consent to the use of ALL the cookies.
Cookie settingsACCEPT REJECT
Manage consent

This website uses cookies to improve your experience while you navigate through the website. Out of these, the cookies that are categorized as necessary are stored on your browser as they are essential for the working of basic functionalities of the website. We also use third-party cookies that help us analyze and understand how you use this website. These cookies will be stored in your browser only with your consent. You also have the option to opt-out of these cookies. But opting out of some of these cookies may affect your browsing experience.
Necessary Always Enabled

Any cookies that may not be particularly necessary for the website to function and is used specifically to collect user personal data via analytics, ads, other embedded contents are termed as non-necessary cookies. It is mandatory to procure user consent prior to running these cookies on your website.